With the mission to reverse the environmental damage caused by mankind, Make Earth Green Again (MEGA) Foundation, an environmentally conscious organization strives for the sustenance of Mother Earth and her children inhabiting the planet. The brainchild of Egalitarian Earth Warriors Anusha Srinivasan Iyer, Nimal Raghavan and Vedant, the foundation, in its myriad ways, not just repaints the Earth green, but also mobilises and inspires the youth to commit to save and protect our environment, and thus, ourselves.

Serving as a catalyst in bringing responsible likeminded individuals, environmental activists and organizations together, the essence of MEGA Foundation’s initiatives include #deltasaplingchallenge where over a lakh saplings were distributed to farmers in the Cauvery Delta Region, #bouncebackdelta where around 100 villages in the said delta were rehabilitated, followed by desilting of lakes and afforestation activities with        the plantation of over four lakh saplings to create sustainable forests. The team is currently working on a major afforestation drive in Bengaluru, Karnataka, where, with a unique technique, plants from across the globe are being introduced and planted in these urban forest set-ups to be  followed by Mumbai, New Delhi and Rajasthan among others. MEGA Foundation also works closely with government schools in Thanjavur and Pudukkottai districts in Tamil Nadu and has adopted a school to enable English medium and computer education. 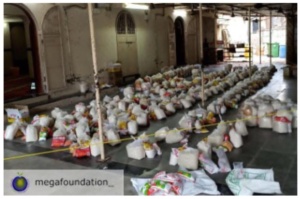 The foundation also supports institutions for the hearing and visually impaired. Other laudable initiatives include animal rescue through Pawsitive Farm Sanctuary, that has opened its doors to over 111 cats and dogs. Now, Pawsitive Farm Sanctuary, under the aegis of MEGA Foundation is in the process of adding on land to graduate from being a small home to a haven, a sanctuary for every animal in need of a helping hand. Besides old, maimed, abandoned and amputated cattle that will be houses in a Gaushala, there will be ample space for donkeys and horses to graze and live in happiness. The foundation also plans to expand to wild animal rescue and rehabilitation in the future.

Considering the ill effects of plastic on the environment, the foundation has also been affiliated with activities around the single-use plastic ban and creating awareness of the impact of plastic waste on wildlife and the oceans. The foundation has also undertaken the arduous task of planting over five lakh native trees adapting the Miyawaki technique to create a much-needed oxygen belt through urban forestation in Mumbai followed by Maharashtra. MEGA Foundation is also known for its support in issues of senior citizen safety, rehabilitating acid attack victims, working for gender equality, LGBTQ empowerment, welfare of street children, inspiring the differently abled to achieve their full potential, filmmaking with a cause and youth life coaching among many others. 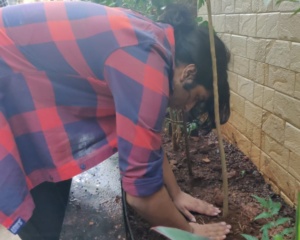 Taking a page from our olden times, farming the organic way without pesticides is something that MEGA Foundation encourages among farmers and urban youth. Using organic methods and desisting from land pollution, the foundation also enables youth and children to rebond with the soil by creating their own organic crops, thus enabling the next generation to grow pesticide-free crops for a healthier nation tomorrow. This works best as the foundation has helped many financially backward children get education. This move helps them create more Earth Warriors.

A few of the other note-worthy initiatives the foundation has undertaken includes facilitating the homecoming of the mortal remains of those deceased abroad so that the family can perform the last rites. The foundation also has been responsible to help over 3000 patients in need of blood. 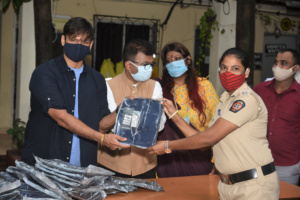 Journalist-Writer-Director Anusha Srinivasan Iyer, a sought-after TEDx speaker and an animal, gender and environment activist from Mumbai is one of the driving forces of the MEGA Foundation and Pawsitive Farm Sanctuary. The other pillar is Nimal Raghavan of Nadiyam, a small village in Thanjavur district, Tamil Nadu, who quit what could easily have been a fulfilling and fruitful career as a techie in Dubai, the United Arab Emirates to follow his heart. What prompted this move? Raghavan was left distraught after seeing his hometown in November 2018, post the destruction caused by Gaja, a  severe cyclonic storm. This is how he began his ecological journey, by restoring 90 villages in the delta to normalcy. 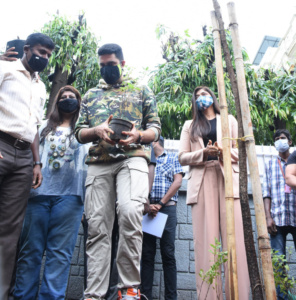 Anusha Srinivasan Iyer, best known as a Firebrand Journalist with a golden heart, and a Revered Media Strategist and Brand Custodian, Iyer is also a Global Award-winning Writer-Director. Her film on child labour, hope and happiness, has won rave reviews globally. She is also known for her inspiring series of talks to youth and college students on the subject, ‘Awaken The Veerangana Within’, which dwells on the fact that within every woman lies a dormant warrior who waits for the awakening, seeking to enable women to find their power in their hearts.

The driving force behind the MEGA Foundation, Anusha Srinivasan Iyer, Nimal Raghavan and Vedant, have also been awarded and felicitated at some of the most prestigious functions in the world. Some of the awards and accolades include Life’s Real Heroes Awards of India 2019, The Economic Times Icon Award for Strategic Brandmaker and Social

Entrepreneurship, The ET Rising Indian by The Economic Times, the National Excellence Award, Women of Influence Award, People’s Excellence Award, Inspire Award, Dadasaheb Phalke Film Foundation Award, Main Hoon Beti Award, Samaj Ratna Award, Iconic Achievers Award, Haryana Garima Award, Perfect  Achievers Award, Karmic Awards and Egalitarian Earth Warrior  Award at the National Summit of Holistic Sciences. They have also been felicitated by MAEER’s MIT Pune for their social consciousness and have been acknowledged with The National Wellness Award by The Shree Samarth Swami Annakshetra Trust, Akalkot besides over 68 global awards and 120 screenings of their film, The World In My Dreams on child labour and humanity that touched a universal chord.

MEGA Foundation believes that we need to lead by example, so that others who want to make a difference can rally around. By being the change, the foundation believes that they can show them what kind of people care about our planet. Encouraging people worldwide through their interactive campaigns, awareness programmes and efficient tree plantation drives, the foundation commits to save and protect ourselves by saving our environment and us in the process of planting over five lakh trees across Maharashtra. Plans are on to turn dry wells into rainwater harvesting vehicles thereby increase ground water levels as well.

MEGA Foundation believes that we need to lead by example, so that others who want to make a difference can rally around. By being the change, the foundation believes that they can show them what kind of people care about our planet. Encouraging people worldwide through their interactive campaigns, awareness programmes and efficient tree plantation drives, the foundation commits to save and protect ourselves by saving our environment and us in the process of planting over five lakh trees across Maharashtra. Plans are on to turn dry wells into rainwater harvesting vehicles thereby increase ground water levels as well. 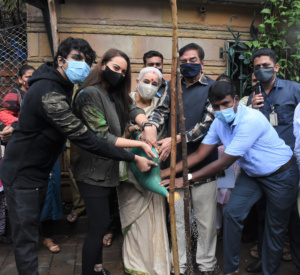 “Mountain glaciers are melting. Clean waterbodies are dying. All types of pollution are killing human, animal, marine and plant life. If we don’t act now, when will we?” Asks Iyer while Raghavan furthers, “We need to make the Earth a habitable place for the coming generations. Mankind need not live this way. The pollution deteriorates our health. Plastics have entered all food chains, carbon di-oxide levels rising and the heatwave can be unbearable!” Vedant has the final word. “As a millennial, I urge our generation to not take the environment for granted. We can make smart ecologically friendly decisions and, indeed, make the world a better place. Help plant a tree and take care of it. Then plant another, and keep planting further. Help us help you make the world a greener place. Let us leave behind indelible green footprints.” 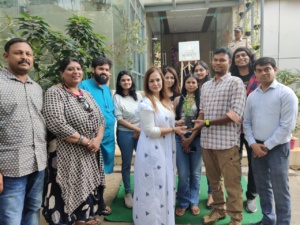 With the cause of deforestation, MEGA Foundation vows to do what its name insists, contributing to UN’s global sustainability goals. The foundation also avows to do their bit on dealing with climate change and contend to reverse it. The foundation also takes a solemn pledge to change the way humans see the environment. However, just like other organizations, the foundation also believes that it could do a lot more with further funding. Adopting corporate’s CSR funds and philanthropists’ contributions can only go so far. Iyer, Raghavan and Vedant want to make their mark by Making Earth Green Again, and that is a MEGA project indeed.